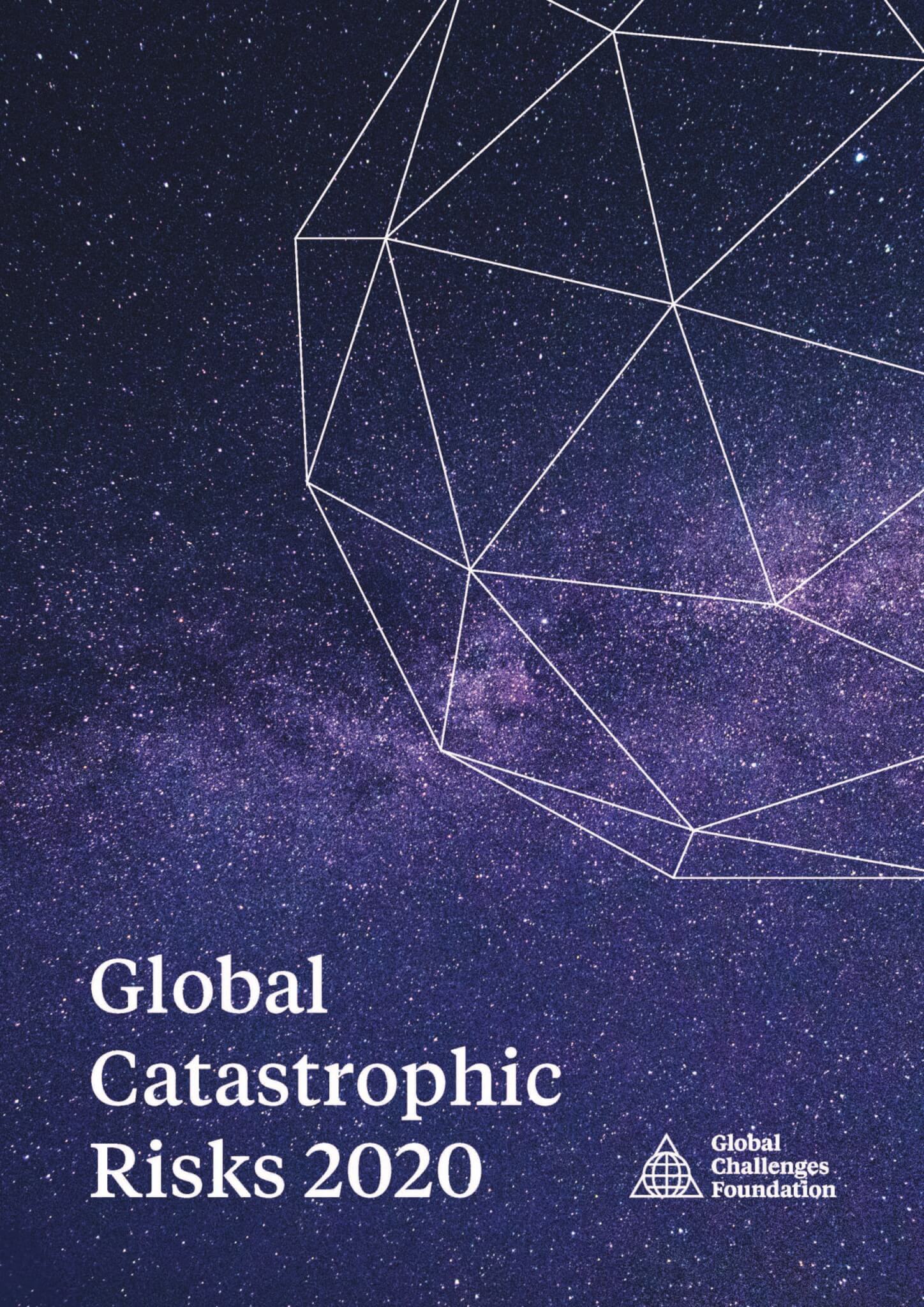 The only known and practical solution for survival of all of the following catastrophes is to be in a secure, underground blast-proof, water, gas and chemical-proof, long-term hardened shelter such as Vivos. The United States, as well as other major world governments, has built shelters for politicians, government officials and the ‘elite.’ They have been, and still are, preparing for a major future catastrophe. What do they know that we don't?

Congressional reports indicate that half or more of the US population will be dead within a year from the anarchy following a major catastrophic event. That is when most of the casualties are realized, after the “event,” when anarchy spreads with riots, gangs, starvation, and even cannibalism. The government will be over-taxed and under-manned, and will not be there to help you in the event of a wide-scale disaster.

Anarchy will result from most of the catastrophes listed here. No government will be capable of providing adequate safety, security or social support. In a societal breakdown, many Law Enforcement and Military personnel will abandon their posts to take care of and protect their own families. Without extreme emergency measures, there will be hunger, sickness, death, and destruction everywhere you turn. Whether you are faced with gangs, thieves, or even ad-hoc militias, one way or another your home and family will not be safe, but rather a target for the have-nots.

Despite the end of the “Cold War”, the threat of nuclear war, or the detonation of a nuclear device still exists today. American and Russian missiles still remain in a launch-on-warning mode (targeting each other). A number of other world powers and rogue nation-states possess nuclear weapons, and are considered at high risk of deploying them. It is also highly probable that terrorists have obtained so-called ‘suitcase’ and/or ‘dirty’ nuclear devices. A nuclear event is now more likely than ever, with even greater risk than during the Cold War.

Bioterrorism is a very high risk in today’s worldwide socio-political environment. Bioterrorism poses a great risk to national security, and can be easily transmitted and disseminated, resulting in rapid and high mortality rates. A Bio-Chemical attack will have an immediate major health impact on society, causing public panic, rioting and civil unrest. While the government is always practicing to respond to a widespread event, there is virtually nothing that can be done to eliminate the threat. Given the opportunity and the pathogen terrorists will release this ultimate killer where it will have the greatest impact and chance of migration.

Terrorism is the most prevalent risk we face today. A major terrorist strike can put the world in a tailspin, potentially crashing the global economy, destroying lives and our ‘civilized’ way of life. The greatest danger today is that a terror group will detonate a nuclear bomb in one of our cities. Terrorists will not need a ballistic missile to deliver their nuclear weapon: they will use a truck, an ocean freighter, or even a single suicide attacker willing to “die for the cause.” There is no known method to stop terrorism. We have been hit before, and will be attacked again. We cannot dodge the proverbial bullet forever.

There continue to be many warning signs of a coming global economic collapse. Some experts now say we are standing on the precipice of “The Greatest Depression.” The U.S. Dollar is under attack and predicted to collapse. The European Union is stressed to the limits and believed to be nearing reversion to save the economies of its stronger nations. Economic collapse will create worldwide social anarchy, civil unrest and unprecedented poverty on a global scale.

An EMP (Electro-Magnetic Pulse) is the result of a nuclear bomb, also known as a ‘HEMP’ device (High Altitude EMP) being detonated hundreds of kilometers above the earth's surface. An EMP completely destroys, or ‘fries’, any electronic circuits which it affects, including the internet, power lines and ‘the grid.’ Predictions are that 90% or more of the population would die off within a year following an EMP because of our dependence on electricity and the subsequent total collapse of our infrastructure. Such an attack would only require using as few as three small fission bombs, to destroy our way of life.

Solar flares are not a question of if, but when. NASA/NOAA published a report in 2009 predicting a significant increase in solar activity in the coming years. In 2006, a stellar flare was observed that was estimated to have unleashed an energy of 50 million trillion (50,000,000,000,000,000,000) atomic bombs. If a flare of that magnitude hits the Earth, the entire world would be thrown into a new ‘dark’ age. Planes will literally fall out of the sky, while transportation, logistics and supply chains would all come to a screeching halt. No cars, trains, satellites, phones, computers, banks, credit cards, ATM’s, food, fuel, water, sewer, elevators, medical devices, hospitals, power stations, nuclear plants, hydro-electric dams – NOTHING. It will take years, even decades to get things switched back on.

Geologic evidence points to the fact that Earth has experienced a number of complete pole shifts. A very rapid polar shift may occur over weeks, a few days, or even hours. A reorientation of the Earth's axis would cause dramatic alterations of geography, land masses and water bodies. Earthquakes, tsunamis, and massive storms with winds in excess of 400 miles per hour would result in disaster on a global scale. Nothing on the surface would survive the forces. Scientists currently tell us that pole shifts occur, on average, once every 500,000 years. The last pole shift was 780,000 years ago so we are overdue for the next one.

NASA is currently tracking a potentially hazardous 690 x 1080 foot diameter asteroid called ‘Apophis’ estimated to have a chance of impacting Earth on Friday, April 13, 2029, and again in 2036. Another massive asteroid known as 2009 VA was only discovered about 15 hours before it’s very close encounter with earth on November 6, 2009. Eventually, a major asteroid or comet will once again hit the Earth and potentially destroy all life as we know it.

Major earthquakes or an asteroid can cause a mega-tsunami, destroying vast land masses. The Cumbre Vieja volcano on the island of La Palma, in the Canary Islands is expected to eventually erupt and collapse half of the mountain into the ocean, creating a mega-tsunami approximately two-thirds of a mile in height that will cross the Atlantic and hit the East Coast of America 8 to 10 hours later. This would result in the destruction of much of the Eastern Seaboard of the United States. No coastal area is safe from the next mega-tsunami.

NASA officially acknowledged the possibility of Planet X, with the announcement that ‘some kind of mystery object is far beyond the outermost planets’. There are many reports that the U.S. Government has been tracking this object from a secret base on Antarctica, as it is only currently visible from the South Pole through a giant infrared telescope. Many believe it is coming and will enter our solar system within the next few years, as it has before on its 3,600 year orbit. If so, the Earth will be devastated, possibly causing many of the catastrophes listed on this summary to occur all at once.

There are several known super-volcanoes throughout the world, including one located under Yellowstone National Park which last erupted approximately 640,000 years ago. The resulting magma and ash ejected from the caldera covered most of the United States west of the Mississippi river and parts of northeastern Mexico. Such an eruption today would destroy most life on the North American continent and will release large amounts of gases and pyroclastic clouds that could alter the balance of the planet's carbon dioxide and cause a runaway greenhouse effect. The Yellowstone super-volcano is long overdue for the next eruption in its cycle.