Despite the end of the “Cold War”, the threat of nuclear war, or the explosion of a nuclear device exists today. A number of states possess nuclear devices, and are considered at high risk of deploying them. No one can say that a nuclear event, by a state, or terrorist group is unlikely. The risk remains as significant today as it did during the Cold War. 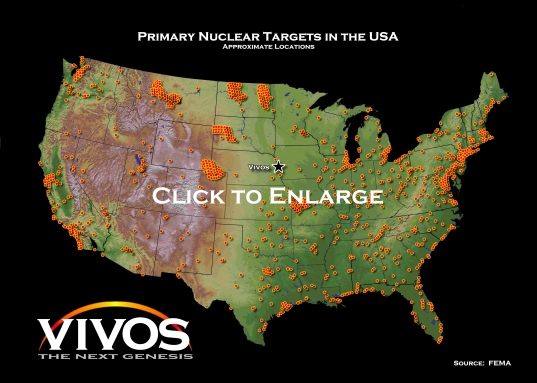 Nuclear terrorism by non-state organizations is an unknown factor in nuclear deterrence thinking, as states possessing nuclear weapons are susceptible to retaliation in kind, but sub- or trans-state actors are not. The collapse of the Soviet Union led to the possibility that former Soviet nuclear weapons might become available on the black market (so-called 'loose nukes'), while no warheads are known to be have been mislaid, it has been alleged that suitcase-size bombs might be unaccounted for.

A similar threat may exist via dirty bombs, where since the 9/11 attacks the fear of terrorist groups using dirty bombs has increased significantly. The present assessment of the possibility of terrorists using a dirty bomb is based on cases involving one terrorist organization, namely Al-Qaeda. This is because the attempts by this group to acquire a dirty bomb are the most well-described in the literature, in part due to the attention this group received for their involvement in the 9/11 attacks.

A study presented at the annual meeting of the American Geophysical Union in December 2006 asserted that even a small-scale, regional nuclear war could produce as many direct fatalities as all of World War II and disrupt the global climate for a decade or more. In a regional nuclear conflict scenario in which two opposing nations in the subtropics each used 50 Hiroshima-sized nuclear weapons (ca. 15 kiloton each) on major populated centers, the researchers estimated fatalities from 2.6 million to 16.7 million per country. Also, as much as five million tons of soot would be released, which would produce a cooling of several degrees over large areas of North America and Eurasia, including most of the grain-growing regions. The cooling would last for years and could be "catastrophic" according to the researchers.

Nuclear winter is a predicted climatic effect of nuclear war. It has been theorized that severely cold weather and reduced sunlight for a period of months or years could be caused by detonating large numbers of nuclear weapons, especially over flammable targets such as cities, where large amounts of smoke and soot would be ejected into the Earth's stratosphere. The nuclear winter scenario predicts that the huge fires caused by nuclear explosions (particularly from burning urban areas) would loft massive amounts of dark smoke and aerosol particles from the fires into the upper troposphere / stratosphere. At 10-15 kilometers (6-9 miles) above the Earth's surface, the absorption of sunlight would further heat the smoke, lifting it into the stratosphere where the smoke would persist for years, with no rain to wash it out. This would block out much of the sun's light from reaching the surface, causing surface temperatures to drop drastically.

To help resist this form of catastrophe, the Vivos shelters are designed like a modern day fortress, or citadel to withstand:

This page is based on the copyrighted Wikipedia article Nuclear Warfare; it is used under the Creative Commons Attribution-ShareAlike 3.0 Unported License (CC-BY-SA). You may redistribute it, without graphics owned by The Vivos Group, verbatim or modified, providing that you comply with the terms of the CC-BY-SA.