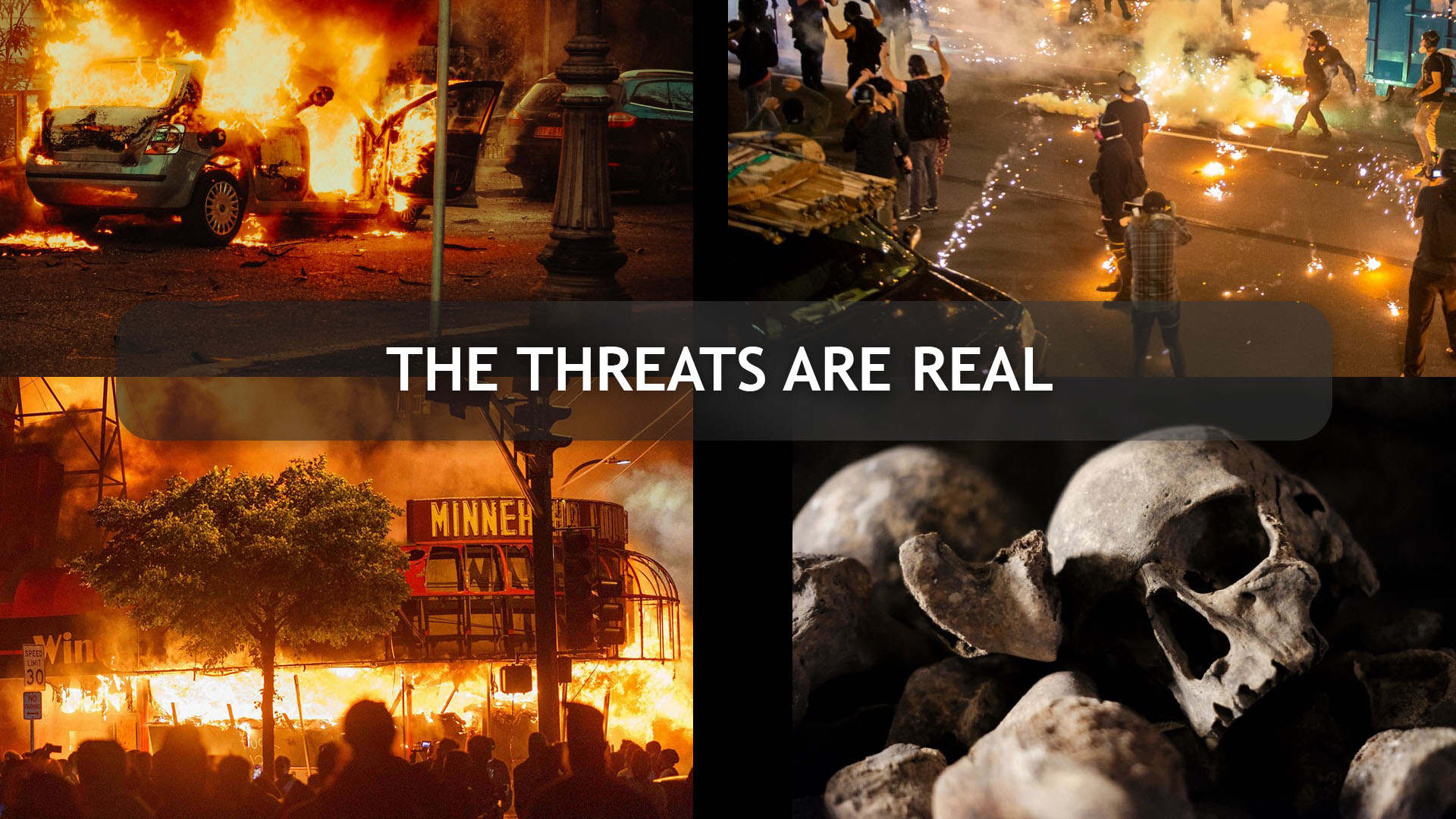 Vivos has strived to build and/or retrofit our massive community,co-ownership shelters to mitigate the anticipated forces of the worst-case catastrophes, both natural and manmade, including:

Note: The above-mentioned list assumes strikes, blasts and explosions are not a direct or nearby hit. Our Quantum private shelters vary in their degree of resistance and mitigation of these threat scenarios, subject to the location of installation, soil conditions, elevation, amount of concrete and steel reinforcement provided by the customer on installation, the proximity to the actual threat or force, and other factors.